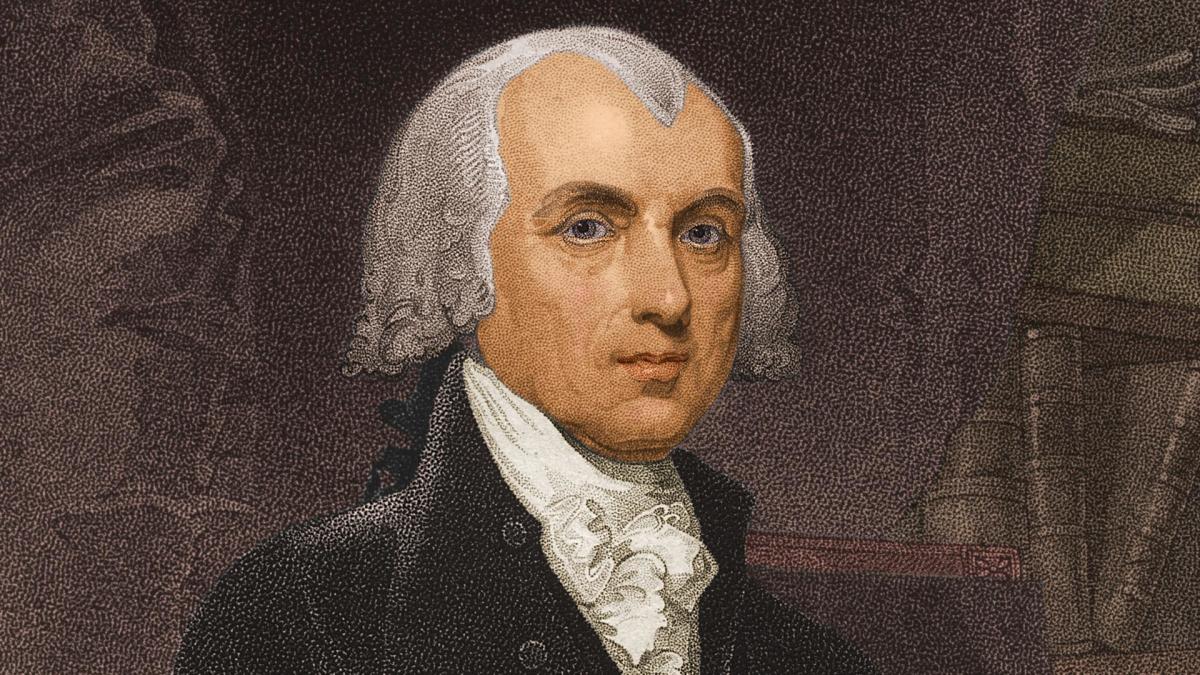 When James Madison died on this day in 1836, he was the last surviving signer of the U.S. Constitution. Because his fellow ex-presidents John Adams, Thomas Jefferson, and James Monroe had serendipitously died on July 4th, Madison’s doctor offered to prolong his life so that he too could die on the July 4th anniversary. Madison refused. He died six days before the 60th anniversary of the nation’s birth.

As Madison’s family gathered around his deathbed, one of his nieces noticed a shift in her uncle’s expression. When she asked him if he was alright, he responded with his last words: “Nothing more than a change of mind, my dear.”

Madison, often called the Father of the Constitution, accomplished a lot in the early history of the United States, including his two terms as president. (One of History First’s favorite political facts is that the U.S. has only had three consecutive two term presidents twice–Jefferson, Madison, Monroe and Clinton, Bush, Obama). But on this anniversary of his death, we’ll focus on a lesson Madison learned early on. Madison, who once read the histories of every confederacy ever in order to systematically analyze what could work and what wouldn’t in the young United States, only had to learn his lessons once.

In 1777 Madison ran for the Virginia Assembly. These elections–nine months after independence was declared–would be the first elections which Virginia’s white male citizens could participate. County-based elections at the time had a festive atmosphere, and were treated like a public holiday. Those running for election customarily provided alcohol–beer and whiskey–to their voters.

According to Madison biographer Noah Feldman, from his work the The Three Lives of James Madison: Genius, Partisan, President, there was a symbolic meaning to to this arrangement. “In a culture that emphasized deference to authority,” Feldman writes, “the candidates were presenting themselves as generous, gracious men of means, pleased to indulge the (slightly) lower orders.”

Madison at the time was flush with republican spirit, and the belief that all men were created equal. To provide alcohol to voters, he reasoned, would be akin to buying their votes. He believed that this election should reflect “the purity of moral and of republican principles.” Voters, he thought, could do their civic duty without the “the corrupting influence of spiritous liquors, and other treats.”

Although Madison decided his voters would be flattered that he treated them as equals, and as men incorruptible by liquor, he had erred. Voters saw Madison’s decision to withhold alcohol as an expression of “pride or parsimony.” His opponent, Charles Porter, was a tavern keeper who happily provided alcohol to the gathered voters. Porter won the election.

“The ordinary voter,” writes Feldman, “did not want to have a pint of ale with James Madison; and the feeling, Madison demonstrated, was mutual.”

Madison learned his lesson. He’d never again fail to provide alcohol and “treats” to his voters. In any case, his legacy grew to overshadow a single lost election early in his political career.