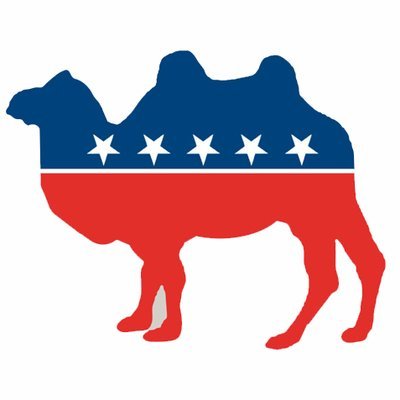 While researching another topic—New Yorkers who became president—we stumbled across a delicious (or perhaps dry) factoid to share.

The Prohibition Party may seem like a throwback to the days of speakeasies and Jay Gatsby, but it’s actually the oldest third party in the United States. The Party has run a candidate in every election since 1872, and they already have a nominee for 2020—which, in some ways, makes them more prepared for the upcoming election than the Democrats.

So what does the Prohibition Party stand for?

As expected, the Prohibition Party’s platform emphasizes a disapproval of alcohol, tobacco, cannabis, and all “hard” drugs. It goes as far as to pledge support to farmers who switch from growing tobacco and grapes for wine to other crops.

But that’s not all. The party believes in climate change and promises, “[cooperation] with other nations in mitigating its possible effects.” The party also notes that it “will not surrender our sovereignty in this, or any other regard.” It is strongly pro-life, supports a constitutional amendment that would give power of marriage to religious bodies only, endorses the NRA, and advocates for abolishing the Federal Reserve System.

In 2016, the Prohibition Party received more than 5,000 votes, out of about 138 million ballots cast. Not a great year, but a vast improvement over the 2012 election—the party received 518 votes then. Since the party received only 208 votes in 2000, you could say they’re enjoying a new wave of support.

Since then, the Prohibition Party never reached the same heights of popularity. However, it it has seen swells of support at other times throughout history. It drew over 100,000 votes in 1948—the first time since 1920 that it hit six digits—and saw a slight increase in support between 1956 (41,937 votes) and 1960 (46, 2013 votes). Since then, support for the Prohibition Party saw a steep drop.

In our black-and-white (or perhaps red-and-blue) political world of donkeys and elephants, the Prohibition Party stands out with their own symbol—the camel. Why a camel? On their site, they explain their mascot shares its origins with the Republicans and Democrats—a political cartoonist named Thomas Nast. He assigned the donkey to the Dems, the elephant to the GOP, and the camel to the Prohibitionists. Why?

“Nast chose the camel to represent the Prohibition Party because, like Prohibitionists generally, camels don’t drink very often, and, when they do drink, they drink only water. Originally a dromedary, the symbol was later changed to the Bactrian camel in order not to be associated with the camel logo on Camel Cigarettes.”

As certain echelons of society askew drinking—with the rise of non-alcoholic cocktails —and as many Americans grow tired of the two main parties, perhaps the Prohibition Party is due for another swell in support.