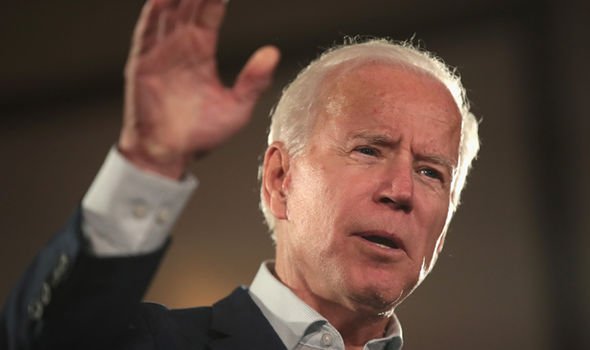 The former vice president has run before, never successfully. Could 2020 be different?

(To check out this piece in podcast form, click here)

Should Joe Biden run for president? That’s the question the former vice-president is asking himself, according to his allies. He wants a Democrat in the White House in 2020, but Biden doesn’t believe there is anyone capable of preventing a Trumpian second term. That is, except himself.

We’ve covered in depth the historic difficulties that vice presidents face when running for the presidency themselves. So out of the gate, Biden would face challenges vis-a-vis Obama’s legacy, and the fickle fatigue of Americans when it comes to prominent politicians. He might have the best name recognition–and early polls favor Biden ahead of other presidential hopefuls–but the road to the White House would be a rocky one.

Aside from the above, Joe Biden is simply not good at running for president. That could be different this year. Biden could have learned from past mistakes, or mellowed in old age (at 75, he would be amongst the oldest in the field. Elizabeth Warren, the only major Democrat so far to declare is 69). But if history is any indication, a Biden run in 2020 could be something to see. Let’s just say he may give the headline-producing Trump a run for his money.

In 1987 Joe Biden became the second of two Democrats to drop out of the race due to scandal. The first was Gary Hart, who left the race after the press exposed an extramarital affair. Biden’s reasons were less salacious–they might have not even made waves, in today’s political climate–but they were serious enough for him to end his bid.

Biden withdrew only three months after announcing his candidacy, once charges of plagiarism derailed his campaign. Biden was accused of copying speeches of political figures like Bobby Kennedy and Hubert Humphrey. When the press started digging, they found accusations of plagiarism dating back to his days at university. As he exited the race, Biden called out the “exaggerated shadow” of his past mistakes. In a piece about the end of Biden’s campaign the New York Times noted that “new video technology” made even “the most intimate living-room campaign gathering into a national political event.”

When Joe Biden announced his candidacy for the second time, in 2007, it did not take long for him to stir up controversy. On the day Biden announced his intention to run, the New York Times ran the headline: “Biden Unwraps ’08 Bid With an Oops!” The controversy? Biden had described his opponent and future running mate, Barack Obama, as “the first mainstream African-American [to run] who is articulate and bright and clean and a nice-looking guy”

Biden spent the entire first 24 hours of his campaign trying to talk down his comments, to such an extent that political insiders wondered if his would be the “shortest-lived presidential campaign in the history of the Republic.”

The New York Times pointed out that Biden’s words had prompted reporters to look back at some of his other remarks, including a quip from the year before that “you cannot go to a 7-Eleven or a Dunkin’ Donuts unless you have a slight Indian accent. I’m not joking.”

Once Biden was picked as Obama’s running mate, Ed Rogers, a staffer in the Reagan and H.W. Bush White Houses, mused in the Washington Post: “On any given day, there is a good chance that [Biden] will say something that could destroy the Democratic ticket or at least hurt its chances in November. The media will be on gaffe watch with fine-tuned antennae for Biden to be off-message. This should be interesting and fun to watch.”

Certainly, one needs only to Google “Biden gaffes” to find lists of them online.

Will Joe Biden run? That’s up to Joe Biden. He’s not wrong for thinking he may be the only Democrat who can defeat Trump–recent polling put him 5 points ahead of the president in a hypothetical match-up.

Then again, 2016 taught the country that polls are only a part of a much bigger picture.

One thought on “To Biden or Not to Biden”