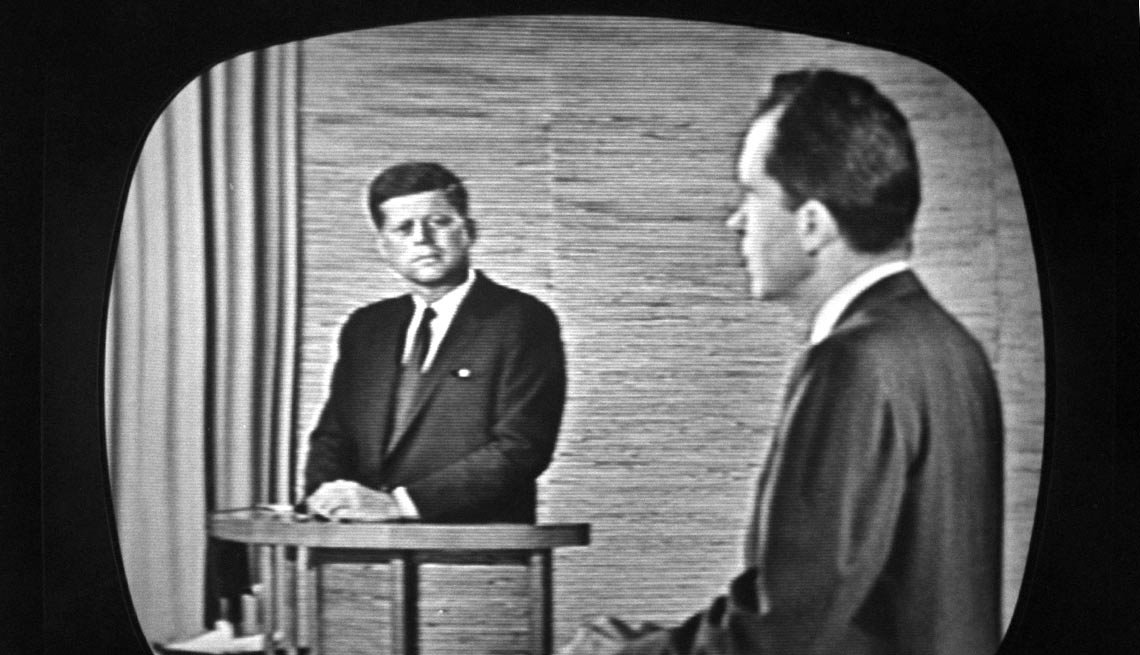 January 3rd is a day that holds special significance for John F. Kennedy. In 1947, it was the day that he was sworn into Congress for the first time as a member of the House of Representatives. On January 3rd in 1960, 13 years later, it was reported that JFK had thrown his hat in the ring to be the next president.

JFK wasn’t the only young Congressman to be sworn in that day in 1947. He was joined by his future political rival Richard Nixon.

Although they would face each other in the bitterly contested election of 1960, Kennedy and Nixon were friendly in the House. According to the 2017 Nixon biography Richard Nixon: The Life by John A. Farrell, the two young congressmen once shared a train car back to D.C. after a cordial debate in West Virginia. They bonded over their passion for international affairs. “Neither one of us was a backslapper,” Nixon wrote later. “He was shy…but it was a shyness born of an instinct that guarded privacy and concealed emotion. I understood these qualities because I shared them.” The Nixons were later invited to attend Jack Kennedy’s wedding.

When Nixon ran for Senate he had the support of the Kennedy clan. According to Farrell’s biography, John Kennedy stopped by Nixon’s office with a check from his father for one thousand dollars. The message? Joseph Kennedy wanted Nixon to win.

By 1960, the two would be rivals. Although Kennedy had followed Nixon to the Senate, Nixon had become Dwight D. Eisenhower’s vice president. While Kennedy finished his Senate term, Nixon spent eight years traveling the world on Ike’s behalf. In 1960 Nixon would argue experience; Kennedy would insist that after eight years of Ike, the country was ready for something new. Kennedy officially announced his candidacy on January 2nd–on January 3rd the announcement made front page news as Kennedy added his name to a growing list of White House-hungry Democrats. A week later, on January 9th, Richard Nixon likewise declared his candidacy. 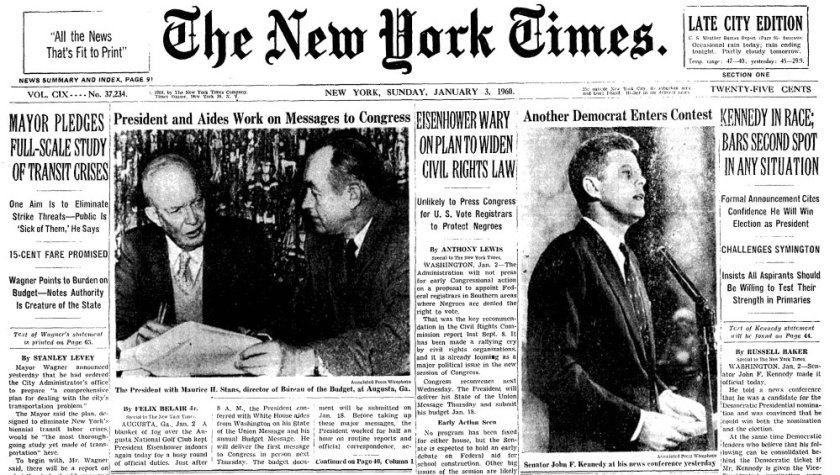 On another January day in 1961, Nixon (the outgoing vice president) would stand behind Kennedy to watch his rival take the oath of office.

Although the Nixon/Kennedy relationship soured, Nixon later penned a thoughtful note to Jackie Kennedy following her husband’s assassination in Dallas in 1963.

In this tragic hour Pat and I want you to know that our thoughts and prayers are with you. While the hand of fate made Jack and me political opponents I always cherished the fact that we were personal friends from the time we came to the Congress together in 1947…If in the days ahead we could be helpful in any way we shall be honored to be at your command.

Jackie later replied, thanking Nixon for his note, and writing:

I do thank you for your most thoughtful letter –