Today, December 14, 2017 is the 218th anniversary of the death of America’s first president, George Washington. At the time, for the many people who loved and admired George Washington, it wouldn’t be the last time they saw his face. Not only had countless portraits been made of the man but he’d also had a life mask made by French sculptor Jean Antoine Houdon. Houdon also created the (perhaps more well known) terracotta bust of Washington.

Washington was reportedly fascinated by the process. Houdon had been brought to Mount Vernon by Thomas Jefferson and Benjamin Franklin, and spent two weeks there to observe Washington’s mannerisms and dress. Although the process was uncomfortable for Washington (it involved lying flat on his back, with two large quills up his nose so he could breathe–read more here) it probably traumatized his young granddaughter Nelly, who walked in on the creation of the mask.

He certainly had a better experience with it than Jefferson, who reportedly almost died while having his own life mask fitted by John H.I. Browere. Browere left the mask on for an hour, instead of the customary twenty minutes. Jefferson, unable to breathe, had to bang his fist against a nearby chair to draw attention to his plight. Afterwards he wrote his friend James Madison:

“I was taken in by Mr. Browere…He was obliged to use freely the mallet and chisel to break [the mask] into pieces and get a piece at a time…I was quite shaken, and there became real danger that the ears would leave from the head sooner than from the plaster.”

Jon Meacham writes (again from his Jefferson biography, Thomas Jefferson: The Art of Power) that it was Jefferson’s butler, Burwell Colbert, who heard the ruckus and alerted Browere. Jefferson, Meacham notes, was saved by a slave.

The practice didn’t die out after the Founding Fathers’ generation. Abraham Lincoln also underwent the process–twice. The first was done in 1860, the year Lincoln was elected to the presidency, by Leonard Volk. The second was made five years later, in 1865, by Clark Mills. Five hard years–the weight of the presidency, the Civil War, the death of his son, Willie–are clearly etched on his face. Two months after the mask was made, Lincoln would be killed by an assassin’s bullet. 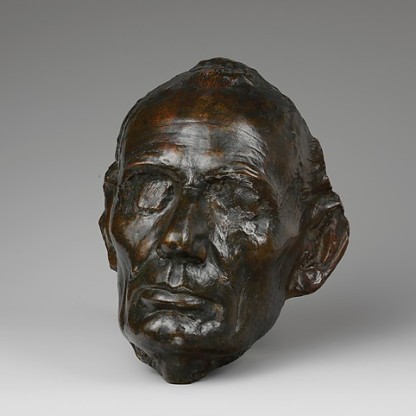 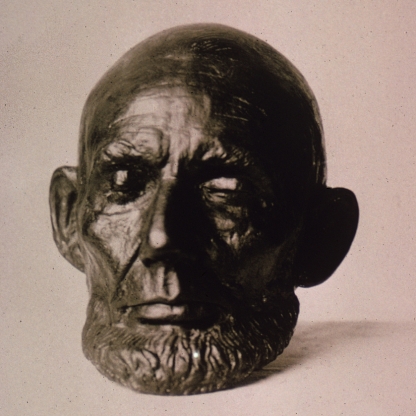 With the invention of the photograph, this style of remembrance has gone out fashion. Celebratory busts and portraits aside, life masks seem to reveal something much more human in these extraordinary men.

5 thoughts on “RIP George Washington, and the Tradition of Life Masks”