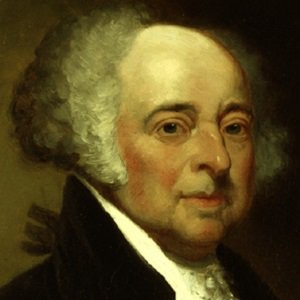 Yesterday, October 30th, 2017, was John Adams’ 282nd birthday. Adams was born in Quincy, MA and was a key figure in the American Revolution and the aftermath–he played an important role in the Continental Congress, worked with allies abroad during the war, and served as the nation’s first vice president and second president.

Adams is the only Founding Father to have never owned slaves; he is also the only one without a monument in Washington D.C.

Adams was known for his intelligence and vanity. He had a quick wit and wasn’t afraid to lash out (unlike his counterparts–who were often more strategic and sly, penning anonymous op-eds or communicating their feelings through friends–Adams couldn’t resist letting his feelings be known).

Adams’ family is remarkable as well–his wife, Abigail Adams, was as quick with a quill if not quicker than her husband. Their son, John Quincy Adams, went on to be president himself. JQA is also debatably the most intelligent of the presidents

John Adams made plenty of enemies as president, including his vice president and former friend, Thomas Jefferson. The two men, however, later reconciled in their old age. They died on the same day, July 4th, 1826.